The Kozy Cook
I love cooking and baking, and decided to start this blog as a hobby. It will be a great way to share recipes with friends and family. I plan to blog only my favorite recipes or "go-to" things that I make frequently, so if I blog it, it's because we really like it! Let me know what you think of my recipes! 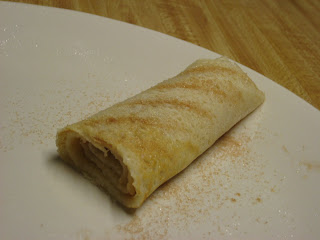 This recipe has been passed through my husband's family for generations. Mark has memories of his grandma making these for him, as well as his mother. I have also heard stories of him playing around in the kitchen as a child trying to make rollups with his brother. Mark's brother gave me some family recipes, handwritten on recipe cards, as a Christmas gift shortly after we were married. It was so thoughtful of him, and I am so thankful he did it because rollups have since become a special breakfast for us. Rollups are one of our favorite breakfasts, not only because of the memories but also because they are delicious and use common ingredients. The batter can also be frozen and reused later, making a quick, fun and delicious breakfast. 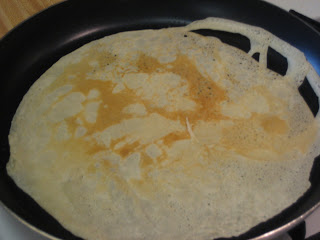